How Safe Is Vaping: Many Downsides, Few Potential Upsides

In September 2008 I stopped smoking, no nicotine chewing gum or Vaping products. I read a book by a chap called Allan Carr (It’s not the one on UK TV) called ‘The Easyway to Stop Smoking’. It explained why people become addicted to nicotine, and it just resonated with me.

The book confidently stated, by the time you’ve read this book you will quit smoking. I did, and I’ve never had another since, and good riddance. I’m not saying it works for everyone but it worked for me.

Today though we don’t have to stop smoking because now we can Vape. I said this in a previous article, only humans could invent a product called vapes. We have been convinced by the same companies who poisoned us with tobacco products, that smoking Tutti Frutti vape juice is healthier. To stop smoking cigarettes people are basically doing the same thing, which is, inhaling toxic smoke into their lungs.

Every town has vape shops and vape cafes. The boom in revenue for the tobacco companies is huge, they own most of the patents for vape ingredients as well. The NHS has even opened a vape shop in hospitals.

Are they mad? Don’t they realise the very same companies that got people hooked on cigs are doing it again?

How Safe is Vaping & Is Vaping Bad for You?

Public Health England standard maintains; ‘Vaping is 95% less harmful than smoking’. Obviously smoking has been proven health risks like; lung cancer, heart attacks, and heart disease to name a few. But can the very things that have been hailed as the saviour be just as bad?

Because of vaping’s apparent safety, more and more young people are ‘smoking’ electronic cigarettes (e-cigarettes). And with the rise in usage, we have started to see the first casualties. Vape pens have caused lung injury and even death.

In the USA as of October 15th 2019, there have been 1479 lung injury cases linked to the usage of e-cigs or products used in vaping. According to the Centers for Disease Control (CDC-USA), vaping has caused 33 deaths. The CDC has asked people to refrain from using ALL vaping or e-cig products.

They have also said that; ‘Nicotine is highly addictive and can harm adolescent brain development, which continues into the early 20s’.

The US government is considering banning flavoured vaping products, to stop young people using vapes. Here in the UK, there are approximately 3.6m people vaping about half the number of traditional smokers, source BBC.

Globally more than 20 different countries have banned E-cigs for long term health concerns. But what about the research and studies that prove electronic cigarettes are harmful. Firstly we’ll look at the ingredients used in vaping products.

What Ingredients are in Vape Products?

Four ingredients are used; Water, Nicotine, Flavorings, and either Propylene Glycol (PG) or Vegetable Glycerin (VG). But and it’s a big but, when a vape smoker chugs a lung full of custard cream smoke. They inhale minute particles deep inside their lungs at very high temperatures. Although e-cigs use natural flavourings and natural oils when they are heated up they become something totally different.

Also although the makers of e-juice say there are only 4 ingredients, when you dig a little deeper, which I’m about to show you the truth is a little different. 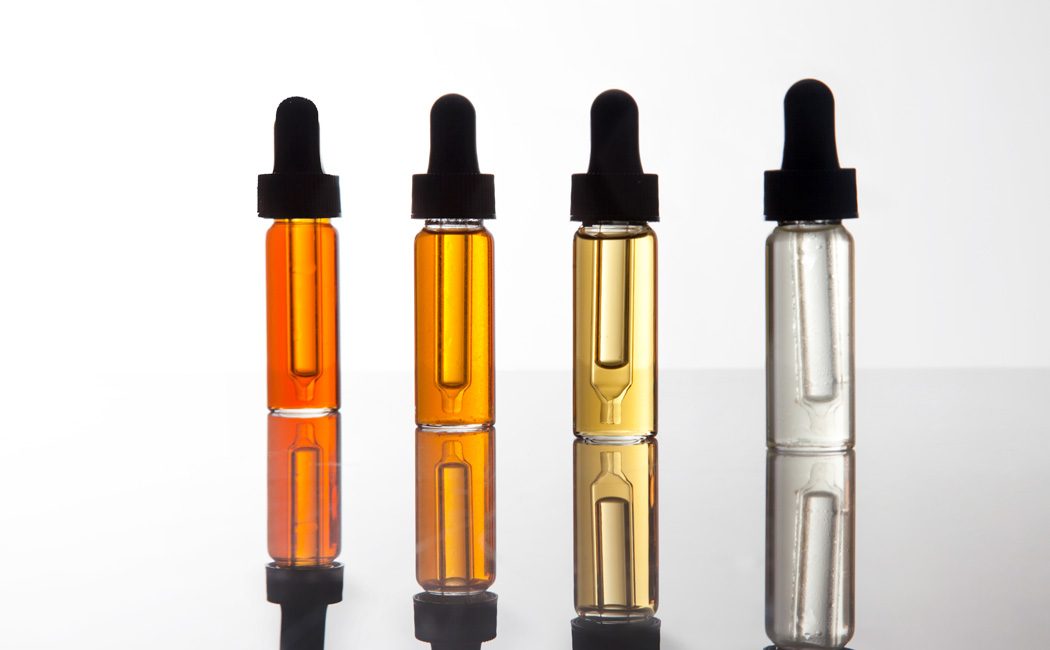 We are going to explore some of the leading brands and their own ingredients. Some of these companies deliberately mislead vapers (smokers) in my opinion and hide these ingredients or at least make them difficult to find.

Altria is valued at $85bn and own 30% of Juul who have been involved in 70% of the recent injuries and deaths in the US.

Propylene Glycol: a product of the petroleum industry it is used as a solvent to bind all the ingredients together.

Owned by BAT listed on the London Stock Market with a value around the £60bn mark.

Blu are owned by Imperial Brands the giant formerly Imperial Tobacco. With a market capitalisation of around £20bn. 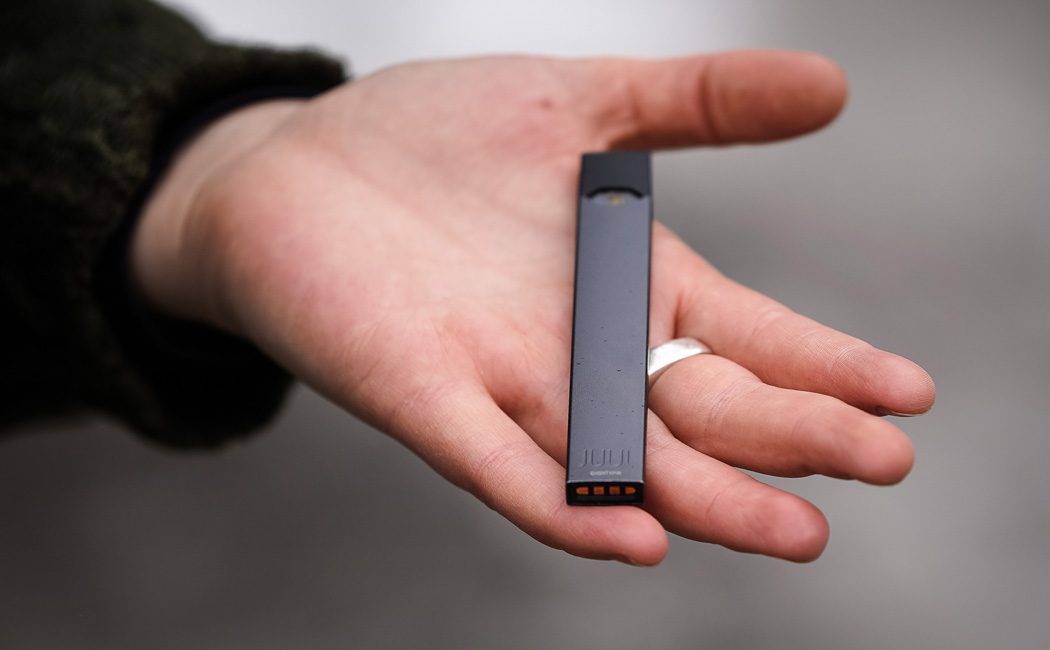 A recent study part-funded by the FDA and conducted by UNC School of Medicine researchers found that e-liquids are far from safe Many of the ingredients can vary. With some ingredients more toxic than the base ingredients.

What the researchers found was although Propylene Glycol and vegetable glycerin are used in foods without many issues, e-liquids are different because they are smoked.

Researchers found that Propylene Glycol and vegetable glycerin ‘significantly’ reduced the growth of the test cells. This was without the other ingredients. Many of these ingredients have never been tested by heating and smoking nor has the effects they have on the lungs.

Scientists say E-cigarette flavours are toxic to white blood cells. Exposure to e-liquid flavours led to inflammation and tissue damage. More worrying was that many of the flavourings caused ‘significant cell death’. The researchers have called for long term human studies to assess the harmful effects of e-cigs.

This study published in July 2016 found and identified harmful emissions in the vapour which included ‘possible’ carcinogens and irritants, but at a much lower level than cigarettes.

An excerpt from the research document;

‘Aerosols generated with vaporizers contained up to 31 compounds, including nicotine, nicotyrine, formaldehyde, acetaldehyde, glycidol, acrolein, acetol, and diacetyl. Glycidol is a probable carcinogen not previously identified in the vapour, and acrolein is a powerful irritant’.

There are about 7000 unregulated e-liquids, none are regulated when used this way. They use ingredients that are passed as safe for food and cosmetics but have never been tested for effects when heated on the lungs of humans.

When these chemicals are heated they clearly become something different also when they enter the respiratory system and finally the lungs they cause cellular damage. They also become ‘mildly carcinogenic’.

Flavouring is another minefield, these artificial flavours cause problems in foods and cosmetics in sensitive people, but heated up to 400 degrees what will be the long term effects when inhaled. I’ll bet lawyers are rubbing their hands together and waiting like vultures.

Hidden Ingredients with known side effects;

Diacetyl & 2,3- pentanedione- Exposure scars or irritates alveoli in the lungs, which in turn causes inflammation of the lungs. The main symptoms of ‘popcorn lung’ are shortness of breath and a dry cough. Diacetyl is also associated with ‘bronchiolitis obliterans’.

Ethylene Glycol – According to the CDC, inhalation exposure doesn’t happen at room temperature, it happens when the liquid is heated. It causes, respiratory tract irritation.

Propylene Glycol: a product of the petroleum industry it is used as a solvent. This chemical is also in food and cosmetics has been shown to cause seizures, and severe neurological symptoms, nausea, vertigo and strange sensations.

Acrolein – causes dizziness, lightheadedness, nausea, headache and passing out. Can cause unconsciousness and even death. This is the kicker, ‘Breathing Acrolein can irritate the lungs causing coughing and shortness or breath. Higher exposures can cause fluid in the lungs (pulmonary edema) and permanent lung damage’.

Acetoin- irritates the skin, eyes, mucous membranes and respiratory tract. Acetoin is a VOC (Volatile Organic Compound) which is emitted from butter flavourings. This also gave of other toxins like Furfural which may cause all of the above as well and also long term exposure may cause liver damage.

Synthetic Vanillin – There are no nutritional benefits from this synthetic chemical. Studies have shown that it may trigger, allergic reactions, digestive disorders and migraine headaches.

Yet again I’m a little flummoxed by these findings. No long term studies, unregulated e-liquids, and the NHS saying they’re a good choice over cigs. Inhaling toxic chemicals is not good for you full stop. Just like eating Aspartame instead of sugar. They can cause the same problems.

In fact, cigarettes caused illnesses over decades, vaping will speed that process up. They were introduced in the UK in 2007 and we are already seeing victims and deaths. The very same tobacco companies are making the same products that caused cancer, high blood pressure, heart disease, and COPD etc.

They are supplied by the same industrial chemical companies we see in every post we write. But worse young people think they are safe, a new generation are now addicted to Skittles flavoured e-cigs, Energy drinks and EMFs from mobile phones. Not a good mix.