The History of Sugar

The Sugar Trade has a bad history starting in the 15th century, when Europeans discovered the New World. We know the story of how the English, Spanish, French, Portuguese & Dutch took Africans to the Caribbean, South America and Southern American States.

Slaves were used to plant and manufacture different produce, like; coffee, tobacco, cocoa, cotton and of course european sugar in sugar mills. The Sugar Barons used the tropical climate of the West Indies to grow sugar cane. Production and sugar prices soared during the 17th century & 18th century. 70% of all slaves were producing sugar by the 19th century.

Being of African descent this has always been of interest to me, from the time I was a young boy watching the first ‘ROOTS’ series on TV, and watching my mum cry.

This isn’t just about the slave trade but I wanted to write a series of articles about the sugar industry and the history of refined sugar, and to do so I had to start at the very beginning.

This hopefully will enable you the reader to see the full picture.

Much has been written about how slaves were taken and treated on their way to the new world. Imagine being sat with your family one day or night and hearing the sound of armed strangers enter your village. These were fellow Africans who were paid or under duress themselves to capture you and your families.

You were then taken to the coast to await sale. When bought you were herded into the bowels of a ship laden with other cargo. You were laid down and tied up. You had limited food and water if any at all, and no toilets. Disease spread in the hot stinking cramped conditions.

These slave ships didn’t have it all their own way, many times they were taken over by the slaves, who killed all on board. 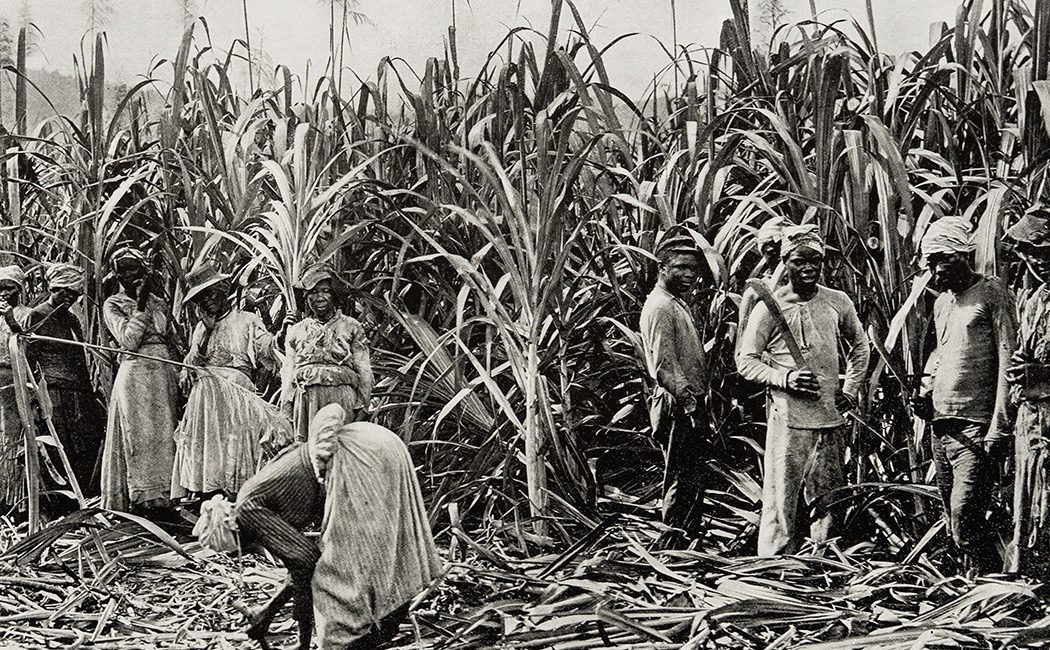 If you were lucky or unlucky enough to survive the middle passage, all that awaited you was more misery. Worked to death like mules, men women and children, old and young it didn’t matter. They worked 18 hour days, in hot conditions, without proper clothing, food or water. They may get Sunday off for church unless it was harvesting time. Then they worked 7 days a week.

The treatment of slaves was obviously terrible (which is an understatement), whippings for no reason, hangings if they escaped and even death by a pack of dogs was common punishment.

Life expectancy for a slave was about 21 years old. So sugar was harming even people who didn’t eat the stuff years before the ‘mass sugarisation’ of the modern world.

The slaves picked the ripe sugar cane by hand using machetes, loaded it into carts where it was taken to the sugar mills. During harvesting season the mills worked 24 hour days to process the crop. Plantation owners used their estates to build these large sugar mills to process the cane. The cane needed to be put through rollers to extract the juice, these were powered by cows or horses, they eventually upgraded to the use of windmills, then eventually steam engines.

The waste bi-product was called ‘bagasse’, which was used as a fuel, this was used in the boiling process. Boiling Houses used large metal basins to heat and reduce the juice. Many slaves died during this procedure in accidents, much of which was carried out at night after long working days.

The end product was Crystallized Sugar, that was fit for the nouveau riche of Europe. 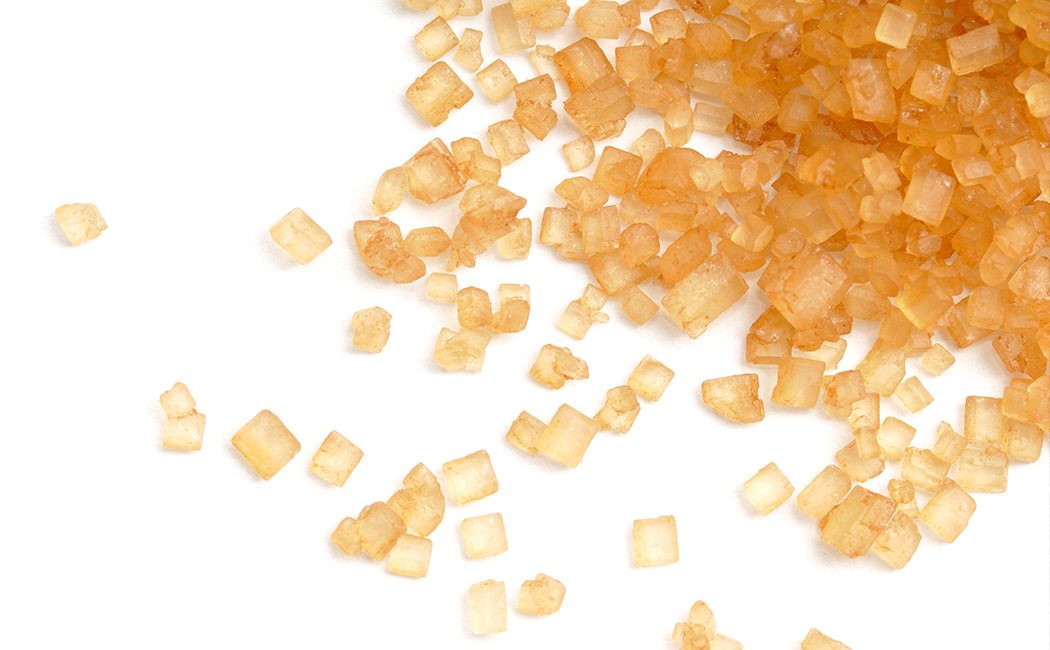 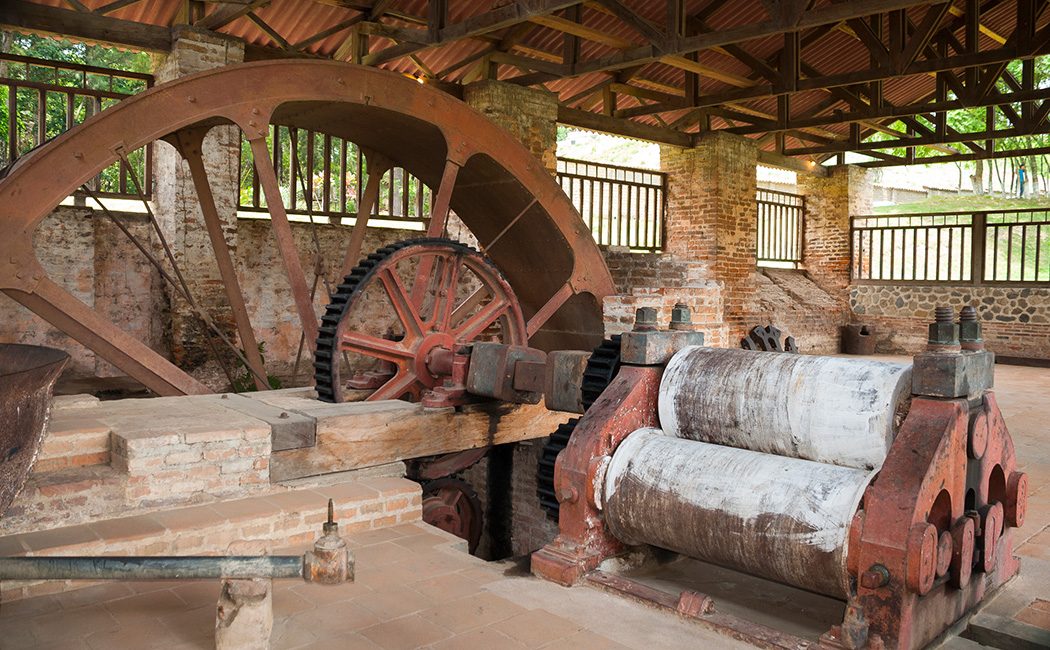 The financial history of the sugar industry reads like the modern equivalent of silicon valley. The rich slave owners of the sugar industry built stately homes in the country and had huge London mansions all built with the blood of the slave trade. Harewood House in Yorkshire is a prime example.

They amassed large fortunes that went on for generations, and some are still here today. Henry Drax a Plantation owner shipped home £5000 worth of sugar from Barbados in 1680. I know it doesn’t sound much but he was the second richest man in Barbados at the time.

The Slavery Abolition Act of Parliamnent of 1833 abolished slavery in nearly all British Colonies. More than 800,000 African slaves were set free (well free-ish), in the Caribean, South Africa and Canada this took effect on August 1st 1834.

However the slave owners made fortunes from this Act, MPs who brought in the Act benefited. £20,000,000 was paid in total, and split between slave owners, as compensation. That money today would be worth £1.3bn and that’s without compound interest added in the intervening years.

Africans were spread all around the new world, working on plantations, working for their masters. Today descendants of these African slaves are also spread far and wide. Who knows what would have happened if all those Africans had been left alone.

I could never do justice to this sad part of history. This is not what we usually cover, but as I said I needed to explain some background, I didn’t want to jump straight into a sugar is bad, don’t eat sugar article.

In the next sugar article, we will discuss the legacy of the slave trade and the modern sugar industry of the 21st century, why ingredients like ‘High Fructose Corn Syrup’ are making us ill. We will also cover sugars links to diabetes, obesity and cancer.

A good read is The Sugar Barons by Matthew Parker.