Hi everyone and welcome back to Health Bunker, we hope this latest article finds you fit and well.

Over the past few months we have written about nutrients and in today’s article we will cover the importance of Choline and Inositol also known sometimes as Vitamin B4 and Vitamin B8.

To live an optimum life we need essential nutrients. For our endocrine systems, immune functions, brain development and cognitive functions, cell membranes, organ health and basically everything the body requires for the 1000s of different chemical interactions every second of every day.

We only have one body, I know that’s obvious but when we’re sick modern medicine or treatments only look at the problem areas. What if essential nutrients play a part in our wellness, and what if we do not get anywhere near enough through our diets?

Diet is a key area for focus when it comes to nutrient deficiencies and the links to disease. In this Health Bunker article we will look at observational studies and nutritional research that shows just how important Choline and Inositol is for our health. We will cover more less everything you need to know about Choline and Inositol, why we need them, what foods contain them and what happens if we are deficient in these two important nutrients. We will also show the different forms of choline and inositol.

We will start with Choline then cover Inositol. 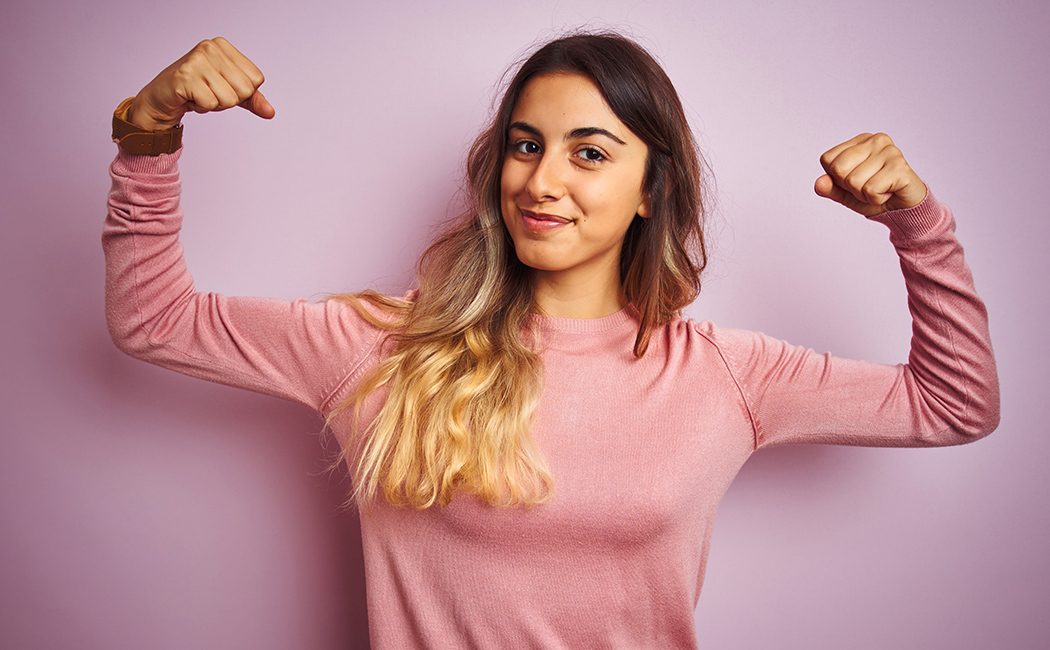 Choline (pronounced Ko-lean) is a recently discovered nutrient, in fact it was only acknowledged as an essential nutrient in 1998 by the Institute of Medicine. Many people, probably the majority of the population are not meeting the required dietary intake of this essential vitamin.

Choline is an essential nutrient which means it is required so our bodies can perform normal functions and the optimal human health. Choline is a water soluble compound and is neither a vitamin or mineral. Because choline is similar to B complex vitamins it is grouped together with B Vitamins. Choline affects numerous different vital bodily functions. It impacts liver functions, brain development, muscle movements, and is an essential element for our central nervous system. Meaning that inadequate daily levels of dietary choline will impact our health.

Choline is an Essential Nutrient

Humans produce choline via the liver, as ‘phosphatidylcholine’. Choline is a component of phosphatidylcholine and ‘lecithin’ is also a component too. But the amounts we need means that enough can never be produced to meet human needs, so we must get additional choline through our diets and dietary supplements.

Choline plays an important role in many of our bodies crucial functions. 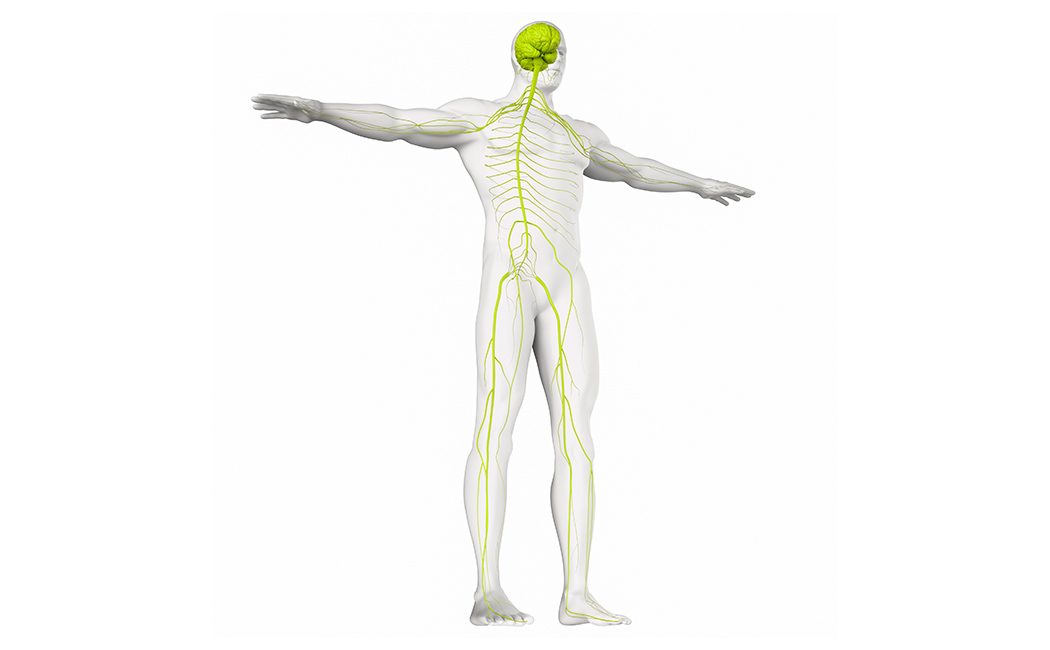 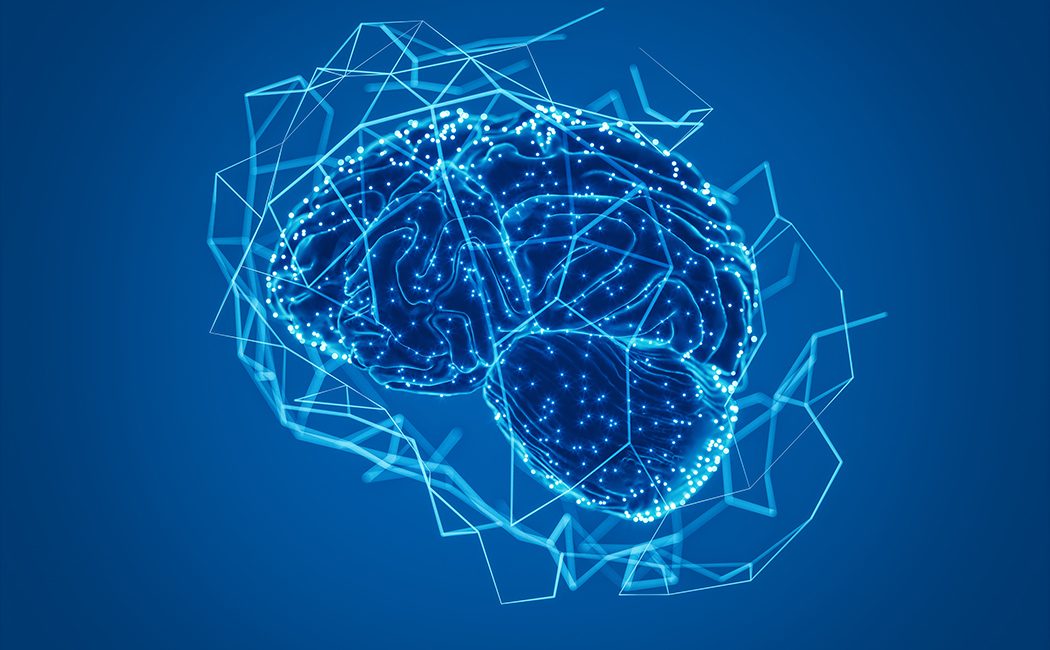 What Foods are High In Choline

Here’s an overview of some choline rich foods. Dietary sources generally come in the form of phosphatidylcholine from lecithin;

What is the Best Form of Choline

Lecithin is the most common source of choline. Foods like eggs and soy products are filled with lecithin. Lecithin has been tested on people with ulcerative colitis to improve their digestion. Lecithin has emulsifying qualities and it contributes to the chain reaction that improves mucus in our intestines. This makes the digestive process easier and protects the delicate lining of our digestive systems.

Even if you don’t have ulcerative colitis, other digestive issues like irritable bowel syndrome may benefit from lecithin.

How much should I take

Citicoline (CDP – Choline) is an efficient source of choline and provides the acetylcholine precursor. CDP-Choline has shown that it can slow down or solve cognitive decline in elderly patients with memory loss.

CDP-Choline is neuroprotective and its actions pass along with ease through the blood brain barrier making it an efficient source of choline. As well as improvements to learning, memory CDP-Choline increases noradrenaline and dopamine levels. This makes CDP-Choline a powerful supplement for brain, CHS and heart health.

Alpha Glycerylphosphorylcholine (Alpha GPC), a potent form of choline. It is found in abundance in the brain and dairy products. It has been used successfully in dementia patients and also to enhance memory and learning. Daily Alpha GPC supplementation need not be high.

Choline Bitartrate or choline salts are probably the cheapest source of choline. It is a weaker form than CDP-choline or Alpha GPC but it will still provide effective cognitive enhancement if properly dosed.

How Much Choline Should I Take?

What are the Symptoms of Choline Deficiency?

Some of the signs of choline deficiency are;

A team of researchers from Boston University and Harvard estimated the choline intake of the offspring study’s participants from their answers to detailed questionnaires about the foods they ate. Then they looked for correlations between choline intake and brain health, as assessed by tests of memory and other cognitive abilities and MRI scans of the brain.

Two findings popped out. First, people whose diets included a lot of choline were more likely to do well on the memory and cognitive ability tests. Second, the MRI scans showed that high choline consumption in the past was associated with healthier brain tissue.

50 million people suffer from Dementia worldwide, so the findings are significant. That number is expected to grow, Alzheimer’s disease is the most common cause of dementia. There is no cure. 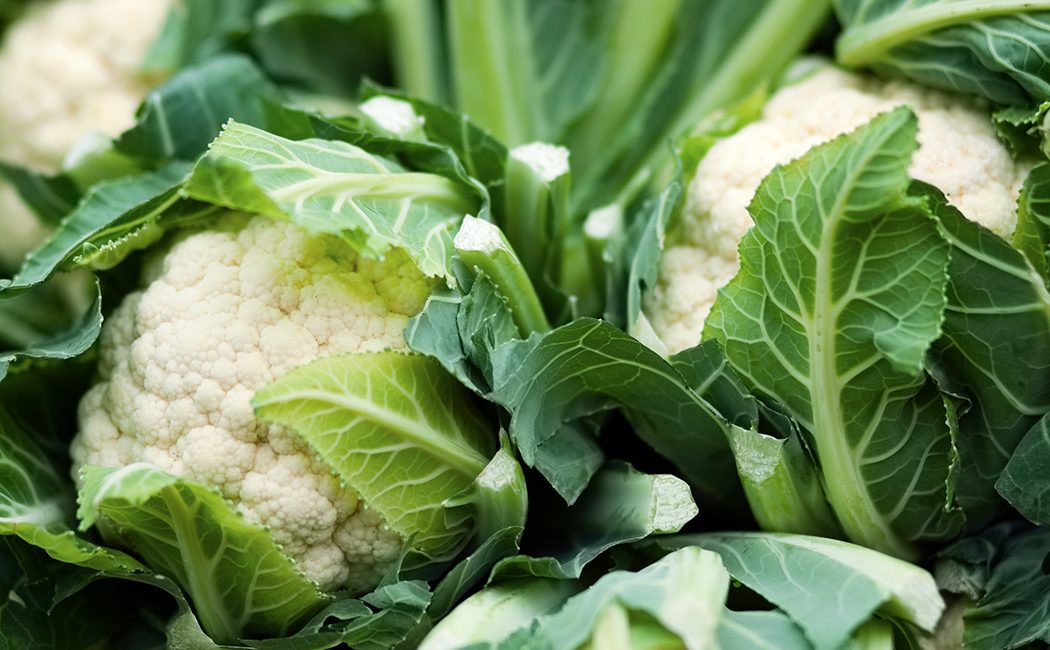 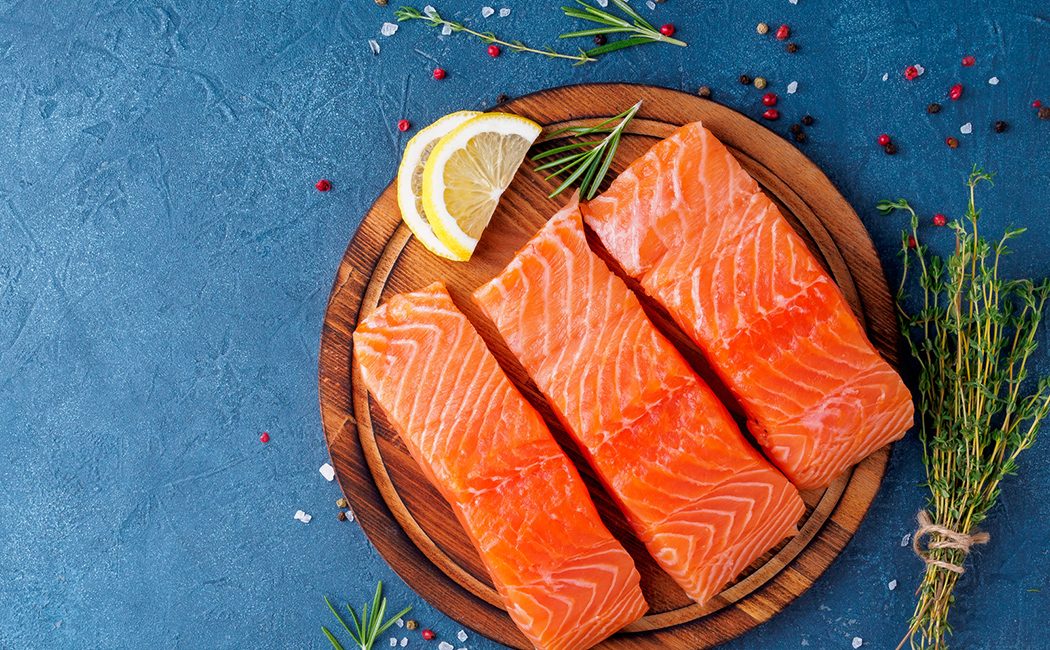 Inositol is a carbohydrate that is found in our bodies. It is also found in food and dietary supplements. There are various forms of inositol and each has a chemical structure similar to sugars that are found in our blood – glucose.

Inositol plays an important part in many different bodily functions, and the possible health benefits have been studied. Inositol supplements may help various health issues, including anxiety and fertility disorders, plus other evidence based health effects.

Inositol has been unofficially referred to as ‘vitamin B8’ and is present in all animal tissues. The highest levels are in the brain and the heart. It’s part of the cell membrane (outer part) and helps the liver process fats as well as helping muscles and nerves function smoothly. 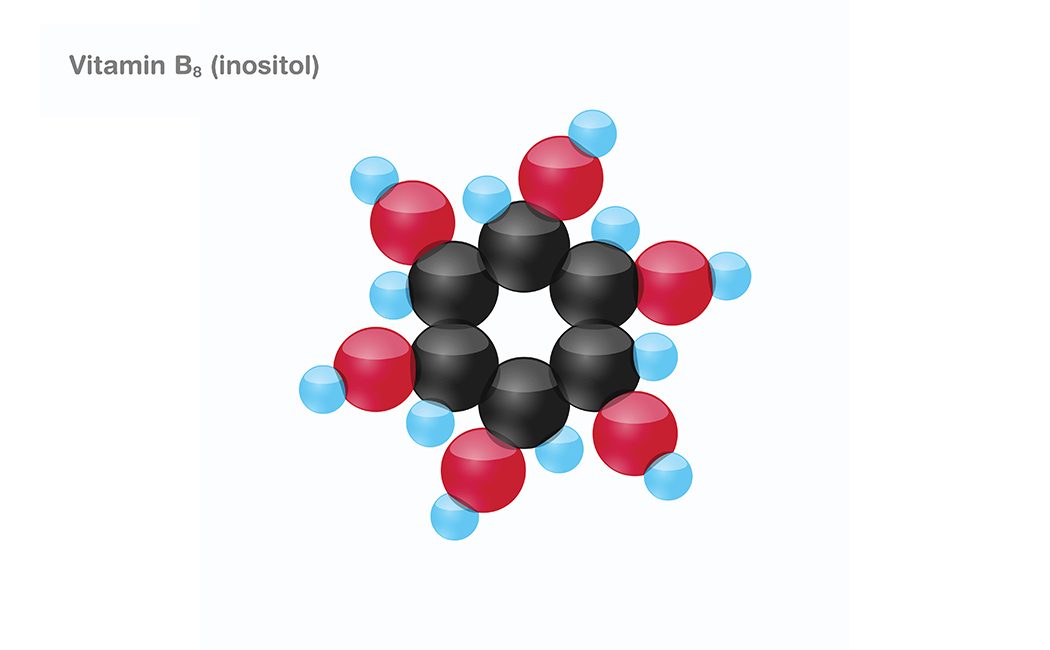 Other Possible Benefits of Inositol

What is the Best Form of Inositol

D-chiro-inositol & MYO-Inositol is a supplement that may lead to weight loss in women with PCOS. According to research MYO-Inositol may be beneficial for mental health issues and metabolic disorders.

How Much Inositol Should I take?

The American Journal of Psychiatry: A double-blind study found that a daily 12-gram dose of inositol improved depression scores compared to people provided a placebo, the results have not been replicated elsewhere.

A 2016 pilot study published in the International Journal of Endocrinology reported that people with type 2 diabetes given myo-inositol and d-chiro-inositol daily along with their anti-diabetes drugs had a significant drop in their fasting blood glucose (192.6 mg/dL down to 160.9 mg/dL) and A1C (8.6 percent down to 7.7 percent) after three months.

Another small study suggested that myo-inositol may aid metabolic syndrome in menopausal women. Published in the journal Menopause the research studied women for six months while using myo-inositol supplements, they found that the women had improvements in blood pressure and cholesterol levels than the placebo group.

D-Chiro-Inositol could help to manage PCOS. Published in the Endocrine Practice this small study looked at 20 women with PCOS and were given either a placebo or 6g of D-chiro-inositol once daily for six to eight weeks.

The results showed that inositol helped treat several issues linked with PCOS, including high blood pressure and elevated blood fats. PCOS causes higher testosterone levels, all of these imbalances reduced overall by 73% compared to 0% for the placebo.

Generally speaking, a normalization of hormonal balances translates to an improvement of PCOS symptoms.

Underlying issues can mean that we are deficient in important nutrients. Choline is essential to cognitive functioning like, memory, learning and general brain health. Choline is also important for our central nervous system, cell membranes, and DNA synthesis.

Choline protests us against dementia and other debilitating disorders like Alzeimer’s disease. We can get a lot of our required choline from food, but our modern diets of fast foods and over processed produce is often devoid of important nutrients.

It may be useful to add choline supplementation to our dietary regimes. This can be done via supplementation in capsule form, powders or intravenous treatments. There are many useful types of choline, we have used all of them in our Lyme disease recovery.; Lecithin, Choline Bitartrate, CDP-Choline and Alpha GPC. We tend to use Choline Bitartrate mainly and add lecithin to our green juices, when used with good fats it can be a great phospholipid exchange ingredient.

This means it expels the bad fats from places like the brain and leaves the choline in place. We felt huge benefits from this process. This has undoubtedly helped with reducing anxieties caused by Lyme and digestive disturbances too.

Nic is still using D-chiro-inositol & MYO-Inositol, this has been one of the big helps in some of the hormonal damage caused by lyme disease and general age (40). According to her it reduces some uncomfortable symptoms of her monthly cycle especially when used with evening primrose and choline.

We found a fantastic brand that utilises both D-chiro-inositol & MYO-Inositol together. We also found using choline and other phospholipids like phosphatidylserine had a very calming effect that balanced the mind.

References and Sources of Information;

food and nutrition board .com
http://www.nationalacademies.org/hmd/About-HMD/Leadership-Staff/HMD-Staff-Leadership-Boards/Food-and-Nutrition-Board.aspx