Hi and welcome to another Health Bunker Blog

No one wants to talk about Parasites they are a subject best left unsaid. Modern medicine talks a lot about bacteria & viruses but not really parasites.

If you go to a doctor with a fever, digestive issues, stiff joints or anxiety they will never (unless you are incredibly lucky) diagnose you with a parasite infestation.

Yet parasites cause all these symptoms.

I find this strange because malaria is caused by parasites. Malaria kills an estimated 1m people every year and it’s estimated to infect 300m. (according to UNICEF). This is a mainstream infection isn’t it.

So, why are parasites ignored by the NHS as possible causes in illness? Well, that’s one of the questions I will be asking.

In my opinion Borrelia starts Lyme disease, Borrelia isn’t Lyme disease, it becomes part of Lyme Disease just like all the other Co-infections, like Rickettsia.

Borrelia in some fortunate people is cleared up in the first few weeks of antibiotics (if they’re lucky). But they are still left with Lyme disease.

Lyme disease is the culmination of the damage initially caused by Borrelia, along with the co-infections, toxins and parasites. The result is that Chronic Lyme disease is a syndrome.

I will go into more of my own thoughts in further blogs.

According to many ‘experts’ in the field of parasitology, Borrelia are ‘parasitic spirochaetal bacteria’.

Over the years these parasites have changed how they spread by using different host insects mainly vector bourn insects like ticks, that then pass them onto other hosts like humans, animals or fish.

Chronic Lyme is a parasite infection even if Borrelia plays no further part. Which is probably the reason why antibiotics do not work in most of these cases.

These microscopic parasitic spirochaetal bacteria hide in their much larger not too distant cousins.

Like tapeworms or ropeworms that are also brought into the system by the tick at the same time, or we pick them up from food or environmental factors.

Borrelia can withstand harsh conditions and lay dormant for weeks, months and years.

I have mentioned parasite cleanses before, these are key to rehabilitation from, Chronic Lyme. It is also a quite controversial topic as a lot of mainstream doctors seem to think that parasites are symbiotic and work in synergy with our bodily functions.

But the reality is that parasites can change human personalities and even cause suicide and a host of other mental health issues.

A lot of Lyme sufferers who I speak with have symptoms like they have been possessed or neurologically unable to do simple tasks. That’s how I felt at times.

So why is this obvious fact being so readily overlooked?

These parasites are spreading from sources like imported foods like meats, fish, fruits, and vegetables, brought in from tropical countries.

Another reason is that more people travel around the world (or we did when allowed) so we bring these parasites back with us.

Also there are more imported goods brought into the UK from around the world.

Other reasons that shouldn’t be ruled out are that certain blood types can eliminate parasites better than others, and DNA damage can alter our detox patterns.

Which may explain why some Lyme sufferers have it much worse than others.

Here are a couple of parasites that play a major role in Lyme disease, and the symptom parallels are similar.

Below is a video about Toxoplasma Gondii and how it can cause mental breakdown in humans.

Household pets like dogs or cats carry hookworms, they pass the eggs in their stools. The eggs hatch into larvae in 1-2 weeks and both eggs and larvae are in the stools of animals and the contaminated soil where they went to the toilet.

Hookworm larvae can survive for at least 3-4 weeks, on contact with a human host they can penetrate the skin and travel via blood vessels to the heart and then the lungs.

They travel up the pulmonary alveoli, ascend the bronchial tree to the pharynx, they are then swallowed and taken down into the digestive system. The larvae mainly populate the small intestine where they grow into adults.

We should all things being equal eliminate these critters in 1-2 years, but they can live in our intestines for several years. But as I said earlier certain things can stop humans eliminating parasites. (A. duodenale live for 3-10 years and N. americanus up to 18 years)

Some larvae can become dormant inside muscles or intestines. These larvae can then re-activate starting intestinal infections.

Hookworms can also cause respiratory issues, like parasitic pneumonia which is an infection of the lungs by parasites. 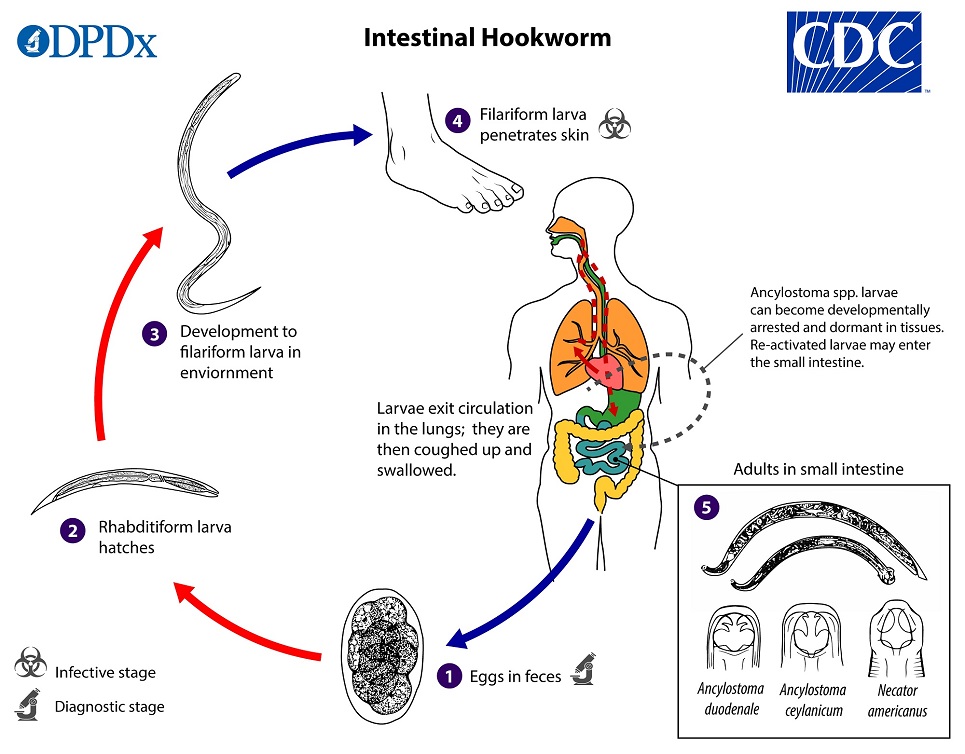 Cestoda are a class of parasitic worms in the Flatworm Phylum, there are more than 20,000 flatworm species. 80% of all flatworms are parasitic and live on or in a host they draw nutrients from.

Common tapeworms are Taenia saginata known as the Beef Tapeworm and are obviously found in Beef, and T. solium, are found in Pork.

Diphyllobothrium latum, is a fish tapeworm, which can cause a severe anaemia like pernicious anaemia, because it consumes most of the vitamin B12 in the diet of the host.

If you are B12 deficient this maybe the cause.

Below is a video with author Kathleen McAuliffe who wrote ‘Your Brain On Parasites.

In the Journal of Parasitology in November 2016 published study findings about a little-known parasite called Toxoplasma gondii.

It showed that this parasite can infect immune cells promoting neuroinflammation and potentially start cognitive impairments.

Cysts from the Tehran strain of T. gondii were injected into mice. It was found that T. gondii infections caused Alzheimer’s Disease like symptoms, impaired learning, and memory functions.

“The obtained results showed that chronic T. gondii infection communication among immune cells promotes neuroinflammation through cytokine networks and induces pathological progression of AD in the mice brain, whereas the presence of neuroanatomical Toxoplasma tissue cysts in the brain could also affect the behavioural functions in T. gondii infected mice”

Unborn children can be infected with Toxoplasma gondii through an infected mother, this can cause brain abnormalities.

It is reported that up to 40 million people in the US alone could be infected according to the CDC.

Cats are the main carrier of Toxoplasma gondii. This parasite alters a rat’s brain making it go against its natural instincts by trying to befriend cats, only to be eaten by them, in effect committing suicide.

T.gondii parasites make rats unafraid of cat urine. The parasite lives in the rat’s brain, once the cat eats it, the cycle starts all over again.

If Toxoplasma gondii infects a human brain, the infection can alter our state of mind affecting our personalities, increasing risk taking behaviours.

Toxoplasmosis is especially serious for people who have weakened immune systems.

As I have mentioned in previous articles, Borrelia is part of the Syphilis family of spirochetes.

Is it such a big leap into the unknown to say that maybe Borrelia could cause a multitude of diseases that syphilis is known to cause? No

What we’re going to look at next is the connecting dots between Syphilis, Chronic Lyme Disease, Parasites, MS, and Dementia (Alzheimer’s Disease)

In February 2006 Dr MacDonald showed that Borrelia spirochetes can cause Dementia (Alzheimer’s Disease). He studied DNA from 10 Alzheimer brains, he used molecular methods to isolate the DNA of the Borrelia spirochete in 7 out of 10 of the brain samples.

He found part human part spirochete linked up in one molecule, and realised spirochetes could be the connection to many brain diseases like;

Dr MacDonald started his work in 1985, in his spare time unfunded, after a busy day at work, in his converted basement.

What would happen if he or others received the proper funding, form the charities who apparently have the best interests of their sufferers at heart.

I find it astounding that science has found links to this evidence. So, why hasn’t the medical community taken it further?

I think we know the answer. Disease = Profits 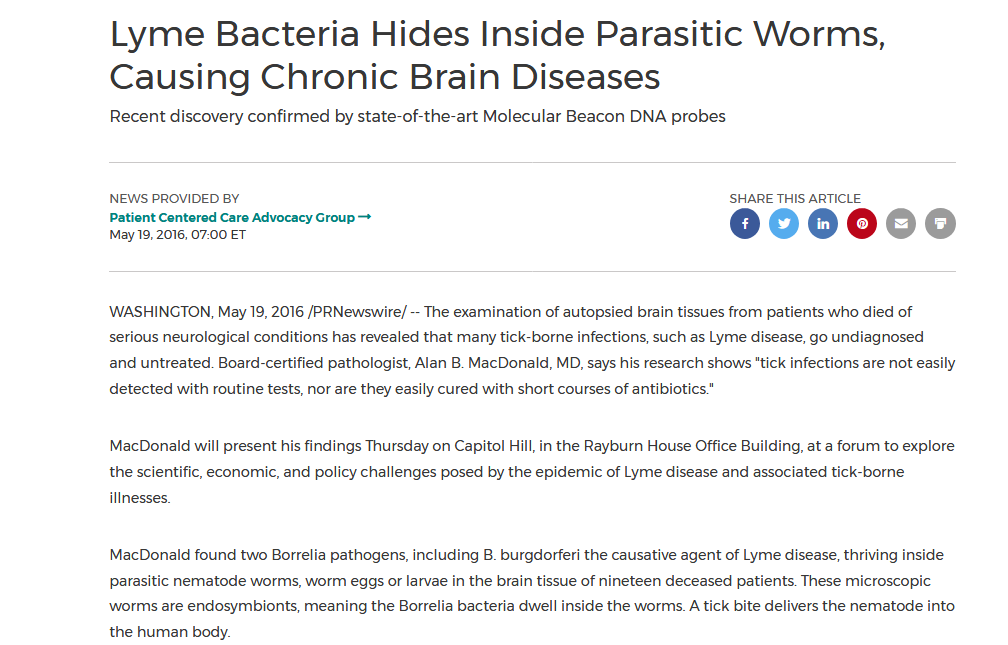 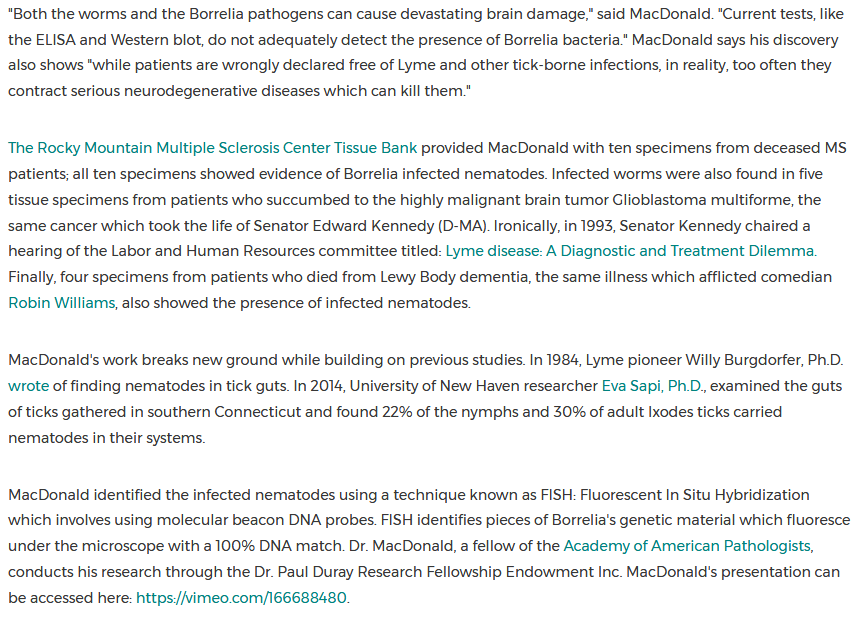 The phenomenon of modern diseases, and the number of the population with them, is clearly growing astronomically out of our control , year on year.

Most people have more than one morbidity factor, and they are generally blamed on either genetics or lifestyle.

Yes, some are born with hereditary problems, but what we are witnessing is epigenetics. Factors are altering our genes in our own lifetimes.

These factors are zeroing in on genetic weaknesses that wouldn’t normally cause problems.

The types and number of different diseases we are faced with were not apparent 100 years ago.

Lyme disease is just one of these, the difference is that Lyme goes on to cause many other diseases, and genetic damage that are never linked back to ‘parasitic spirochaetal bacteria’.

Parasites are researched heavily but for some reason ignored by modern medicine.

In our experience with Lyme, it’s clear that parasites are playing a key part in the deterioration of health plaguing society today.

In fact, parasites can cause almost all the health conditions we are experiencing.

Here’s an example of just one parasite that have been found to cause malignancies, like liver flukes promoting bladder cancer.

See below video and image. 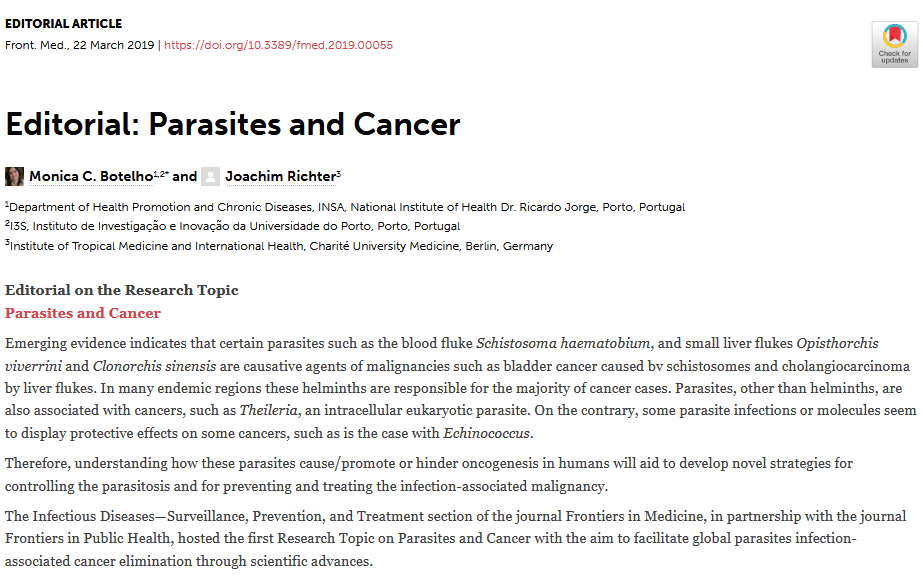 We shrink some of the URLs as they are too big for the page, we use TinyURL.com they are perfectly safe to use. 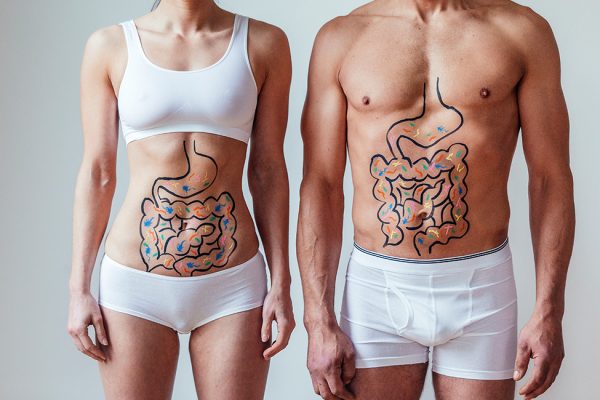 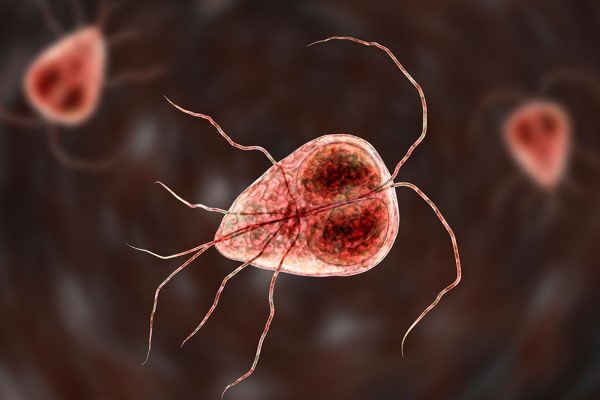 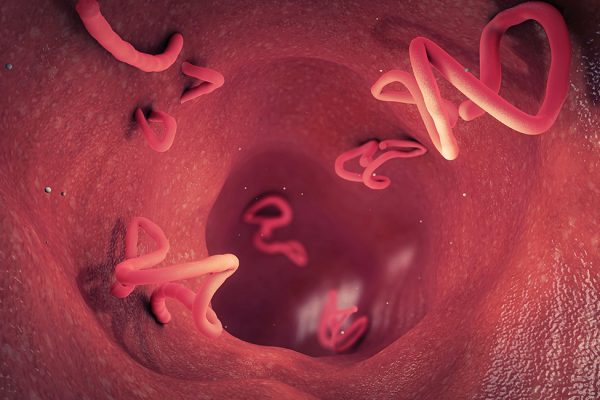 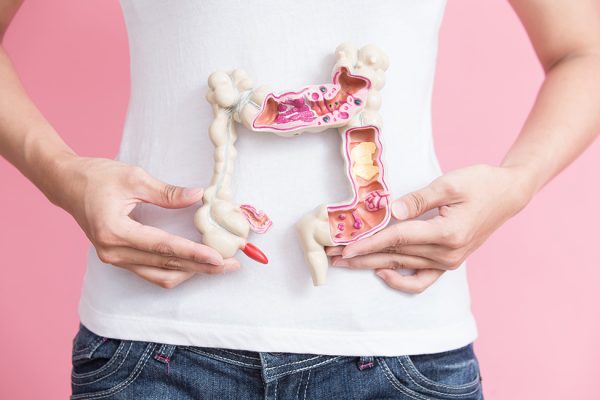 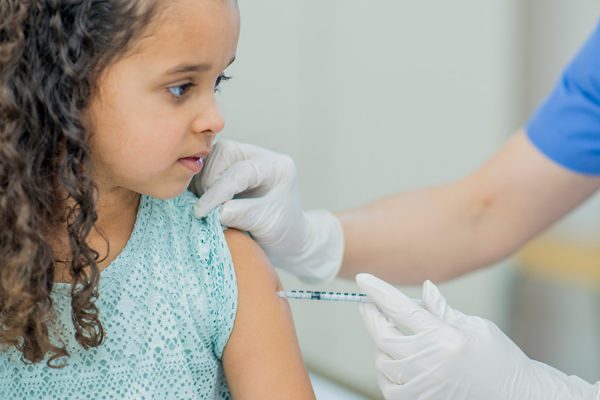 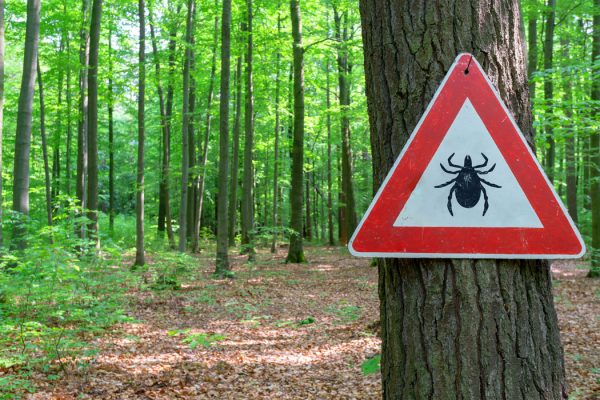